I have been on a bit of a hiatus from posting because of the craziness. Between prepping for our oldest daughter’s 4th birthday party, having the party, our youngest daughter’s last days of daycare and first days of preschool…it’s been a bit of a roller coaster ride emotionally for me. My babies aren’t babies anymore! I am sad they aren’t babies anymore but so excited to see them grow and learn so much each and every day. I’m also excited about how awesome our daughter’s birthday party turned out. I tell you what, this mamma is getting darn good at throwing parties. Which for a military spouse is kind of a must LOL. So today, I decided to not only share some pictures of our daughter’s birthday party but also a few tips on how to make any party you throw a success.

First, lets start with decorations. Now, I actually bought a lot more hanging decorations but ended up not even using them. Our daughter chose Samurai Power Rangers as her theme (they stopped that show in 2010 or something like that) so I was able to find decorations but didn’t want to spend the amount of money on them that was being charged so I decided to take the DIY route. I must say, they were the best! While it was just a couple of small projects, the kids (and adults) loved them! It’s amazing what you can do with a projector, foam board, pool noodles, duct tape and some chocolate molds. There is no need to go overboard with the decorations. I stuck to the power ranger’s colors for plates, napkins, cups, table cloths and all that stuff. Then a couple subtle inserts of the actual Samurai Power Rangers and it turned out great.

See, DIY decorations are pretty awesome and totally worth it!

So another important aspect of a throwing a killer party is your food! I mean, the typical hamburgers and hot dogs were served at this party but you can add to that. We had chips, salsa, veggie trays and then some of my personal favorites that I am pretty good at making as well. I love having crock pots going so that the food stays warm so I have two go to items that I just throw into the crock pot a little before or the morning of the party and they are ready to go when it’s time to eat. My first go to is Salsa Chicken. Seriously THE BEST chicken for chicken tacos. You get some boneless, skinless chicken breasts and a jar or two (depending on how many chicken breasts) of salsa then throw it all into the crock pot and set it on low for 6 hours. Once it’s ready you shred the chicken breasts and throw them back into the crock pot and that’s it! Seriously it’s such an amazingly easy recipe but so stinkin’ good! My second go to is cheese dip. You get a block of the Velveeta cheese and a few cans of RoTel then cut up the block of Velveeta into chunks, pour the RoTel in and turn the crock pot on low. It takes an hour or two (depending on the crock pot) to melt down the cheese. Once that happens you just turn it on warm and the dip is ready to chow down on. Just those two staple items that I make bump up the awesomeness of the food spread. Oh, and we always make sure our burgers are Bubba Burgers! It may cost a bit more but it’s TOTALLY worth it because they cook great and taste great!

Seriously though, good food makes you want to attend every party that the person throws, RIGHT?!

So, in addition to the awesome food spread you need a sweets spread to match. I normally order all the sweets because I am not the best baker but this time I decided to take a few things on my own. I actually made 60 cupcakes in three different flavors. We had blue velvet (blue ranger), strawberry (pink ranger) and then regular yellow cake (yellow ranger) and I made sure to include the birthday girl while making them! Then the birthday girl asked for an ice cream cake so I definitely bought that one for her. I made the cupcakes because I knew that the ice cream cake probably wouldn’t feed 25 people and I also know that some people (much to my dismay) do not like ice cream cake. Then add in the chocolate suckers too. I think they had plenty of sugar to get hyped up on.

I was pretty proud of myself for accomplishing this sweets spread. Definitely don’t sell yourself short…who cares if it’s boxed stuff! Putting a little heart into it makes it so awesome!

A MUST for killer parties is to also make sure you have plenty of seating. I am totally not against you asking people to bring their own lawn chair. I have actually done that in the past. This time though, we rented tables and chairs. We also made sure to set up the patio furniture we have so there was NO DOUBT everyone had a chair and table space. We lucked out because the people we rented a bounce house from also rent chairs and tables so it was a one stop shop.

Make sure you have places to sit even if you are inside too. No one wants to spend hours standing or waiting for someone to vacate their chair so they can snag it! This may seem like a given but I can’t tell you how many parties I have been to that didn’t think to either have the chairs there or ask people to bring their own with them. Don’t make this mistake.

Lastly, and MOST IMPORTANTLY, make sure you and your guests HAVE FUN! Part of that is ensuring that if children are in attendance that you have activities to help keep them occupied. As a parent, it’s so difficult for us to attend a party and have fun if I am constantly trying to find a way to entertain my kids. My GO TO way to entertain the kiddos is a bounce house. I won’t lie, it can get a bit pricey but it’s 100% WORTH the money! Our daughter’s party started at 1 pm and we had people here until 6 pm. The bounce house was used the whole time. We also had the pool noodle swords for the fun play fighting (even the adults got in on that one) and then we had all the kid’s outside toys set out. We also had some kids that came inside and played with the toys the kids have in the house and I was totally okay with that. It allowed the parents to just sit back, relax and have some adult conversations.

Those are my tips for throwing a killer birthday (or any) party! But I couldn’t just end this post there….here are a few additional pictures from our little one’s big day.

If you can’t tell, I absolutely LOVE throwing parties and being creative like this. It was a hit and I hope that my tips will help you throw an awesome party or two as well. We had a blast and everyone who came did too. Make sure you share photos and info on how these tips work for you! <3 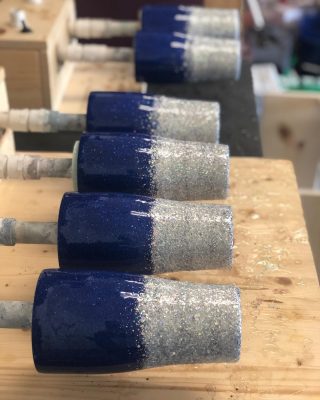 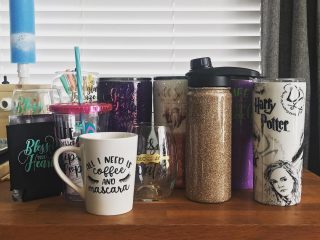 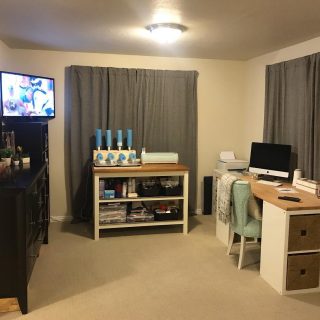 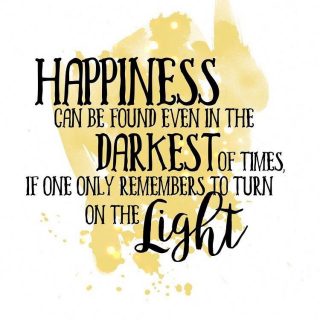 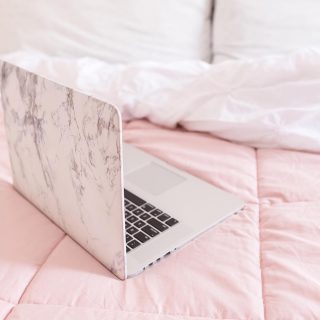 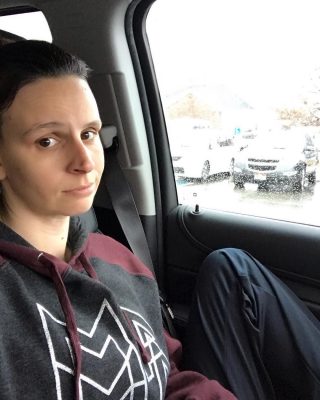 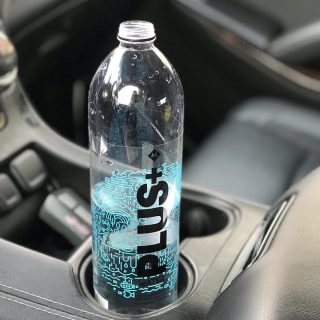 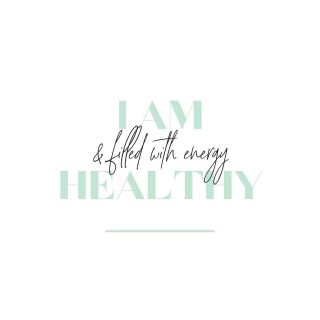 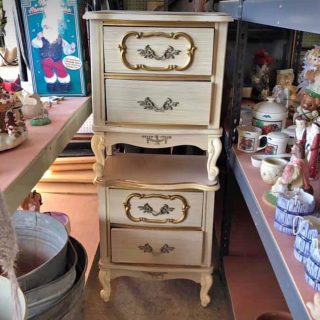 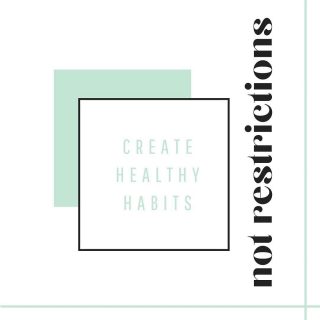 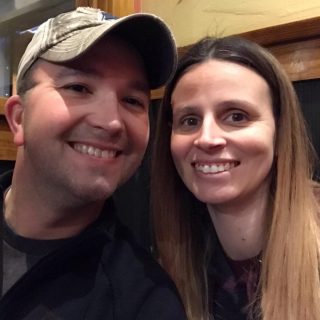 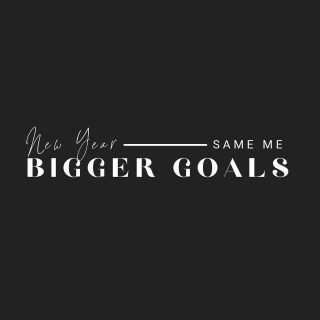 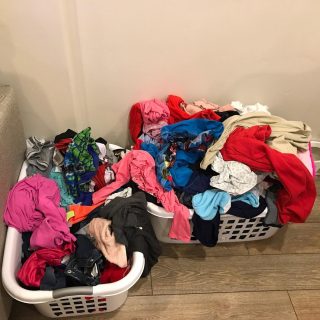 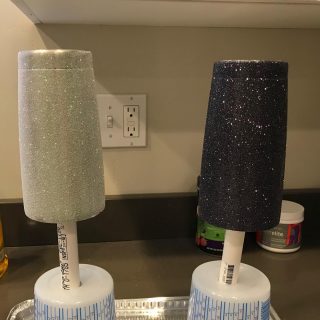 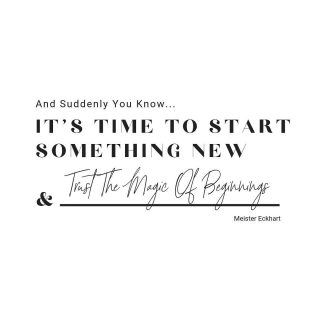 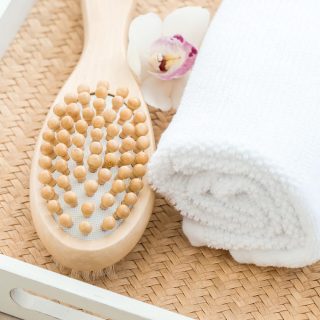